An aged saint lay in the nursing home, unable to get out of bed. The end of her journey on this earth was coming to a close.

She was a matriarch in our church. She taught people about Jesus since her teen years. She prayed faithfully for those who had needs. She loved and was loved.

She was a woman of faith.

But this day, that faith seemed to waiver.

“I never thought it would come to this.”

I’ve heard many saints make the same remark when they encounter suffering — of many kinds.

We tend to react in the exact way Peter told us not to react.

1 Peter 4:12-13 (NIV2011) 12Dear friends, do not be surprised at the fiery ordeal that has come on you to test you, as though something strange were happening to you.

This podcast speaks of the value of suffering — and how to get the most out of it that you can.

In researching this message, I read a story of a gem dealer who found a real treasure. (As it turns out, the story isn’t what it seems, but it’s a great story.)

So, this gem dealer was strolling through the Tucson Gem & Mineral Show when he noticed a large bluish colored stone the size of a potato.

Shortly afterwards, the stone was certified as a 1,905-carat natural star sapphire.

I’m guessing that the seller felt pretty foolish. We might say that he wouldn’t know a treasure if he held it in his hand.

It took a lover of stones to recognize the worth of the sapphire.

And it takes the Lover of Souls to recognize the true value of people like you and me.

And those who don’t see the it – they wouldn’t know a treasure if they held it in their hand. I might look at you or you might look at me and miss the incredible value we have. But Jesus, lover of our souls, sees you and me as treasures.

You see that throughout the Scripture.

You see it in today’s Podcast.

I recently made the mistake of perusing some rants on the internet concerning religion. And over and over I read one voice who kept trolling Christians saying, “Keep your Jesus to yourself.”

Interestingly he didn’t speak for most people there.

It’s kind of strange how one voice, when it screams loudly enough and often enough can confuse hearers, even bully hearers until they acquiesce.

When you hear someone say, over and over, that no one is interested in what you’ve found in Jesus, you sometimes are tempted to believe it.

This is a lie — that even seasoned Christians believe.

This podcast addresses this lie — and helps you realize the value of what you’ve found in Christ.

This is the fourth sermon in a series called, “Lies (even Seasoned) Christians Believe.”

You may not believe this lie, but you can be sure you’ve been influenced by it. If you have tried to help someone and they didn’t respond and you felt like giving up, then you may have felt this way.

The idea that people don’t change doesn’t fit with the teachings of Scripture passages like Romans 12:2.

This podcast tells you that you can change, and details what will be required of you, if you really want to change.

We’re continuing in a series today – a series that addresses lies that even seasoned Christians believe.

What was the first lie we addressed? You are alone. That’s a lie that even seasoned Christians believe.

The second lie has to do with usability. Through various means, sometimes the enemy of your soul will tell you that you have no value. That you are unusable. It’s a lie that even seasoned Christians believe.

Today’s lie was expressed by Billy Joel in the song My Life.

I don’t care what you say anymore
This is my life.
Go ahead with your own life,
Leave me alone.

The lie is this: This is my life.

And sometimes even seasoned Christians can believe it.

In 1993, basketball great, Charles Barkley said these words in a Nike Commercial.

That was Barkley – pretty outspoken about such things.

Yes, you are a role model, you are just not a good one.

We could debate the question of celebrity role modeling forever, but here’s something on which we can probably all agree: Whenever you are visible to others, you have the potential to be an influence – for good or bad – on those who see you.

This Podcast speaks about your life — and the responsibility that comes with it. 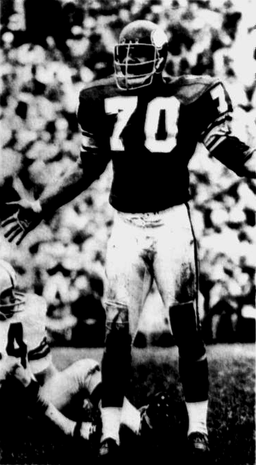 While playing for the Minnesota Vikings, defensive end Jim Marshall did something embarrassing.

In a game against the 49ers, he recovered a fumble and ran it 66 yards — the wrong way — into his own end zone.

Because he thought he’d scored a touchdown for his team, he threw the ball away in celebration, only to have it go out of bounds, giving a safety for the other team.

Despite this error, Minnesota went on to win the game 27–22, with the victory provided by a touchdown return of a fumble caused by Marshall.

I am sure there are a lot of people who know Marshall’s pain.

And I am sure there are a lot of people who, upon failing so miserably, left the arena. They allowed their failure to be fatal.

Sometimes Christians can feel this way. We see our own failings as tragic, and retire from serving God.

They believe a lie that they are useless in the Kingdom.

This podcast speaks about this and gives insight into why failures don’t have to be fatal.

I believe the feeling of “aloneness” is common to humankind. Everyone struggles with it to one degree or another.

But as a Christian, are you ever really alone?

My guess is that the enemy of your soul would like you to think so.

This Podcast addresses the question of aloneness in the life of the Christian.
-Pastor Steve